Years ago as a wide eyed graduate out to change the world and all that, I came back into the office to be told that there was a phone message for me.
Carol (for she it was) said, “oh there was a man on the phone looking for you, I’ve left the number on your desk”
“Oh aye?” I replied, for I was awaiting a call from some geezer, regards tungsten tipped cutters or some other meaningless shite, “what’s his name?”
Carol (for it was she) looked at her pad, “Mr Lyon”
Oh yeah that was him, Marconi-Invicta or something, I remember. I thought as I dialled. Spoke to him on Wednesday, should have phoned back by now. Old git!
“Can I speak to Mr Lyon?…
“No you can’t. This is Edinburgh Zoo and someone’s playing an April Fool on you.”
The funny part was the polite but slightly pissed off voice of the girl at the zoo. I must have been number 50 that day. Oh, the innocent pleasures we had back then. If it was hot, I would send the other girl (Linda) out for Mivvies and then sit about flirting while we licked them. In Scotland when it’s even just warm, people strip off. Linda used to eat a banana in such a way as would be illegal in some countries. Don’t know why I remember that. Yes I do. 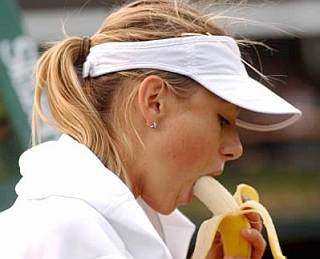 Eating a banana above. (Linda was better)
while below, a fine example of scrimshaw. I calls it sKrimshaw! 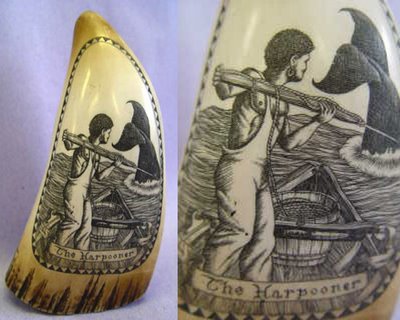