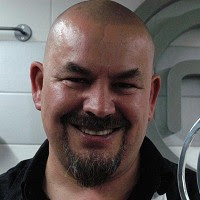 Oh, before we go any further; I am one ugly bastard.
I don’t mean ugly in a rugged, or hang dog, or interesting way. I mean pot fucking ugly in a weird ugly way. Not only that, I am ugly on the inside as well.
What ya gonna do?
You see, Time without measure in the past, in Limbo, I was assigned the wrong earthly vessel for my soul.
It was an admin error. Honestly.
I remember it like yesterday.

I was queuing up with all the other souls and it was busy that morning and there was a lot of high spirits and friendly jostling. So we calmed down a bit and we're all floating in an orderly line in our persil-white gowns and I noticed the smallest of smuts on my character. It must have come off an agnostic or something, anyway, tiny it was, a speck, I should have left it alone but I had to rub at it didn’t I? Well, I made it much worse, so I hid it, besmirching stain that it was; I hid it in a diaphanous fold.
See the whole thing was sleeveless, what else could I do?
So I’m queuing up at the dispatch hatch and I noticed it was Antimacassar on the counter. Shit. I’d never got on with him, don’t know why, just didn’t, so I reach the front and he says:

“Name…oh it’s you.”
“Yeah”
“Right, let’s see. Ah, we’ve got you down for a good one: number 242/A. very handsome”
“Excellent”
“Wait a minute, are those smuts I can see on your heavenly raiment?”
“Yeah but it’ll come out with some Fairy, I’m sure of it”
“I dunno, I think there’s been a big mistake. I think you should have 242/B”
“Fuck off. I'm not taking that one, it's ugly and it's not your decision to make”
“Oh yes it is, now take it and move on, you’re holding up the line”
“Fuck you”
“Your complaint will be processed. Next!…Name please”
“Gregory Peck”
“Right Greg, here we are, 242/A”

Anyway, back to Masterchef. Shaven headed Mat, (as in door, bath, and mouse) will win.

"The 42-year-old's winning menu consisted of a starter of trio of wild rabbit, a main course of spider crab with hand cut chips and sea vegetables, and a dessert of lavender mousse with hokey pokey and a blackberry sauce."

Jesus! What's happened to this country? Do you think he looks like Kim?
Posted by Dr Maroon at 11:41 am 59 comments: 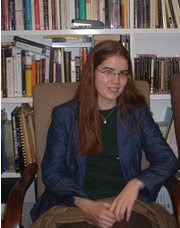 With total recall and lightning buzzer finger, the classically trained Portia single-handedly dragged the dolts of Corpus in her wake.
How long before we see her in Nuts or FHM? Wouldn’t it be great?
What about a flash of her knickers as she disembarks a limo, out on the town with Lilly Allen?

Or a tasteful bikini series, rolling on some beach in Antigua with her boffin boyfriend?
I can see it now:
Gail’s Hunk Gets A Starter For Ten!

She will be on the cover of the Oxford prospectus for years. 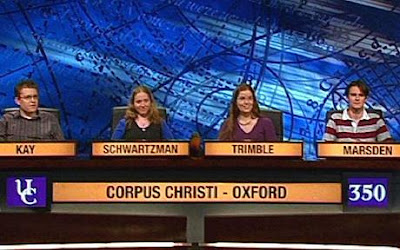 Kay: 3/10 his wrong answers and gormless expression were a joy.

Swartzman: 7/10 contributed well in the final but definitely cross-eyed.

Back down to 12 followers?
Who baled on me?
Come back ya bastard.
Posted by Dr Maroon at 6:42 pm 9 comments: 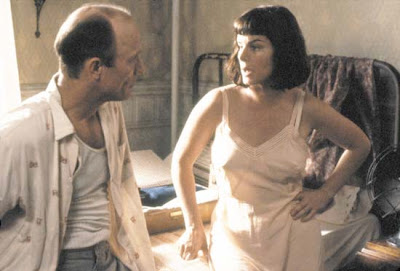 You may be interested to know that I stayed up late last night to watch a biopic of Jackson Pollock. It was très bon. The actress playing his wonderful talented wife was magnificent and heid-the-ba was good too, although he relied on his physical resemblance a lot.
Look, never mind about that. The point is, I am one of very few people I know, who get his pictures. Ha! How cool is that? I know, it’s fantastic isn’t it?

It is because I was exposed to them at something like three or four year old, followed by seeing film of him at work in his studio on TV when I was about seven, followed by a TV discussion where he was rubbished when I was nine and then that unfunny prick Tony Hancock spoofed him in some shit film too.

I am not a critic so I can’t communicate what he has communicated to me, but there’s an emotional reaction, then a realisation that it’s the intended emotional reaction and then when you realise that, there’s a third layer when you say fuck! It’s at a machine code level so all I can say is it is fantastic and mesmerising and overpowering and all encompassing in some telepathic miraculous way. See? I told you I couldn’t tell you, and now you think I’m mental and a patronising wanker to boot. Tough.

I have never read any criticism of his work in case I’ve got it all wrong and the philistines burst my bubble; I don’t have the strength of my conviction. 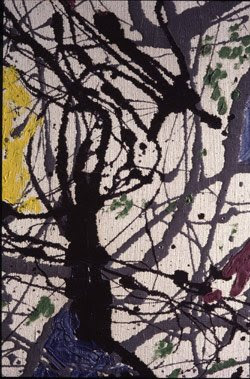 Anyway, I say he was a giant and a genius and he was overwhelmed when he discovered his technique. I have seen some originals in Glasgow, Liverpool, London, New York and Washington so I know what I’m talking about.
If I were a millionaire I’d buy one and stare at it.

Sales of Fray Bentos steak pies and Bisto are up. Ahhh, Bisto, pass the gravy boat. You shouldn’t be sniffy about it. In toxic times we reach for the consolation of the breast, get over it.
My mother of yesteryear would often bake pies for us. All from scratch of course, (never EVER Fray Bentos) not even jus-rol pastry.
Steak, apple, you name it; mince rounds…

Man walks into the butchers….
“Can I have a mince round?”
“Yes, but we’re closing in 20 minutes.”

Anyway, were we happy? Were we buggery.
We wanted the new fangled pizza pies, Dream Topping, Instant Whip, Cremola Foam, Kia Ora, and Irn Bru.
That’s right, shock horror, we were allowed fizzy drinks, diluting drinks, cremola foam, and frozen florida orange concentrate, the lot; all at the same time.
It was never either or.
Same with biscuits; there was no biscuit hierarchy in our house, everything was fair game.
We had a breakfast, lunch at school, and a compulsory carnivorous evening meal at the big table and no mucking about with your cutlery. We were never thinner or fitter.
We had no teeth right enough, but so what, the dentist was a sadist, everyone said so, even his poor wife.
Can’t remember my point, oh yes, no it’s gone, sorry.

The Florida orange came frozen in a tubular thing. This was pre ringpull so I can't remember how it opened, anyway, Mater would put it in a big glass jug with water, to dilute and thaw it out for us. It was a treat.

We didn't like it , we thought it was shit. "Is there any pineappleade left?" we would moan.

Not a dry eye in the house.

Don't mind me, I just like to sing this next one when I'm pressing my simmits. 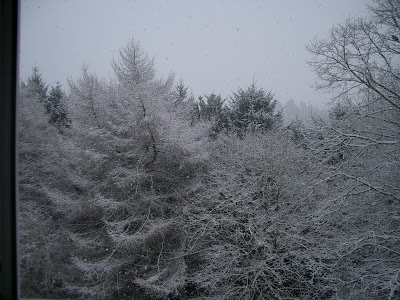 “...and that floating hotel they’ve got? Five star."
“um, it looks like a prison barge to me…”
“It’s a palace. Cinema and everything.”

Lloyd has that way, that signature way, of the drinker, smoker, and cod philosopher of holding a glass of whisky and cigarette in the same hand.

“Some of them are on two and three hundred pound a week, all found."

He is my host and a generous one. He has given me use of cruet and included me in tonight’s lock-in so I must hide my lack of grace. It would be bad form otherwise. It would be shocking bad form, even for me. The fact I have a bar tab has nothing to do with it.

“Lazy shiftless bastards the lot of them…”
“The Italians?”
“…no! Those Bolshie union men from Lincolnshire. Never liked Wiltshire neither, don’t ask me why.”

Like all Other People, he has no rigour, he is unfamiliar with parallax let alone method, to him, it is axiomatic. Thankfully the news screen has changed to Africa. Quick drag on his Lambert & Butler;

“He’s another one. I’ve gone right off him.”
“Mandela?”
“Yeah, look at him, bloody rolling in it, he’s minted that one.”
“Well, I don’t know…
“AND him!"
“Morgan Tsvangirai?”
“That’s him. Shandy Rye! Yeah, coining it in, he is. Smith was right. Look what they’ve done to the place, bloody shambles. From your neck of the woods too, I believe.”
“Never!”
“Yes! Smith’s father was a jock butcher from Kirkintilloch, I’m telling you…”

With the ease of a boy playing cowboys and Indians, he can extend his first two fingers, Superking and all, and make a gun to aim in my face to emphasise the points as he goes; “That’s… what… I’m… saying…” ( bang… bang… bang…) 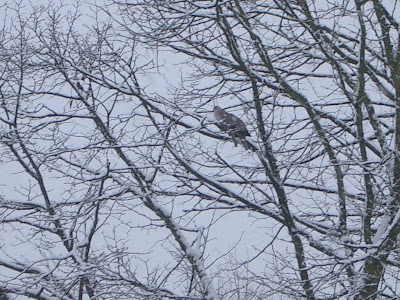 Pair of Collared doves snuggling up in the cold in Perthshire.
Click on the picture to see the pair of them. This is all Sarah's fault.
Posted by Dr Maroon at 10:25 am 70 comments:

It’s strange but true.
If I had any guts I’d shoot myself.
You may be interested to know I have an unlicensed Brno rifle and a side by side multichoke. My kitchen drawers are swimming in shells. So much for “Responsible Keeper.”
My best friend, now dead and buried in the ash pits of God-awful Lanarkshire, explained it to me:
“ He was too old, it was too much, he couldn’t start again.”
I am a first rate shot.
In the school’s corps in 1971 we were given WD 303s and two-foot bayonets. We loved it. We couldn’t run. We fell over our webbing and the bayonets were longer than our thigh bones and dug into our calves yet we were ready to shoot any bastard (German) that dared to take us on.
Another dead friend visited me out of the blue in 1980. He was RUC. Can you believe it? He had medals and a citation and a Colt 45 automatic in his pocket. I was on that long vac between first and second year at Trinity. I had returned in triumph. I didn’t tell anyone the truth. That it was shit; a disaster.
Easter and summer, I had come back to Perthshire , I was 21 and what a conquering twat I was .
We walked to a field and let off at the rabbits and rats.
Twang!
It’s a cross between bang! And twing!
The shell came out the side and hit me in the head.
I never understood it.
I thought he had shot me in the head.
Eight moths later he was “killed in action.”
They tortured him and booby-trapped his body with gelignite.
He was the Catholics’ Catholic.
You could not have met a bigger Pape.
They sent a robot out to collect his body. The robot cut the wires and brought him back.
Posted by Dr Maroon at 11:27 pm 20 comments: