“For the love of Christ! Are you still playing with that thing?”
I hate blasphemy, and it a Sunday too.
“What the f**k are you doing anyway?”
Sorry for the language Pat, I’m quoting you know who.
“I am sending out my e-greetings” I replied.
“For f**ks sake! There’s tons to be done. Wrap it up. Jesus!”
She’s got a mouth on her you wouldn’t believe.

Therefore, may I wish you all a wonderful New Year?

Is it an addiction? Or a failing? A want? A personality disorder? What?
I’ve been back in since Half three, I’ve completed all my allotted tasks, Christmas has gone really well, everything’s arranged for New Year, and here I am, online, checking everyone’s blogs. I’ve got a ‘free’ night and instead of writing that opera or repointing the brickwork round that dodgy chimney, I’m drinking and pen-pal-ing to everyone out there.
What’s more, I’m a bit sentimental about it.
Now that IS odd.
Perhaps we can say anything here, that’s what we crave, there’s no judgement.
It is addictive.

A merry Christmas to all our readers.

Cinderella and the Beanstalk will resume on Wednesday or summat. If there are good films on, it might be later. Morecambe and Wise were on the other night in That Riviera Feeling or touch or something. Brilliant. 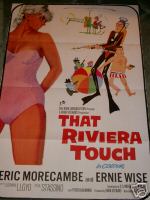 “About those mice Pat, do you have to keep them in the kitchen?”
“They like the warmth.”
“One of them looked at me funny…”

But Pat was on her fairy cell phone and held up a hand.

“Gotta go.” she said, and in a trice had made the secret sign with her wand.

She was gone, leaving a sensation of glittering motes in the air.

“I hate it when she’s on call.” he muttered, and went to feed the mice some weetabix.
While he was fishing in the cupboard for the packet, Pat was arcing through the firmament to a thin girl called Mandy in Nuneaton.
“Here we are lads, make you strong,” he said, as he dropped the cereal into their box. They really were the strangest little creatures. He could swear they were listening to him, especially that one with the ear. He examined the box. There was something stencilled on the side.

She was back in the room.

“Young gels today, such a poverty of ambition.” Pat declared, slumping into an armchair, “Do they want the gilded coach drawn by six white chargers? Do they heck as like! They want a stretch limo like Puff Daddy. They want bling and belly rings and butterfly tattoos on their bare backsides, well not on my shift Dearie! I told her! Here, be a darling and pep this up, will you?” she paused, handing her kir to Her True Love.
“ ‘I wants, don’t get.’ I said,” she continued, warming up, “ I said, ‘it’s the tiara, the glass slippers and the coach or you stay in and do your A level revision.’ That sorted her out! ”
“So she’s doing her algebra tonight then?” he asked, handing back the kir, now fully pepped up.
“Oh no. She turned on the waterworks didn‘t she? Niagara. So of course I relented. Gave her the full Monty.”
“Butterfly tattoo?” he asked.
“Even that. I warned her, mind. ‘Be home by 4 am’ I said, ‘or that butterfly will fly off and your clothes will transform.’ ”
“Back to rags?”
“No, into a sensible tweed skirt and twin set. She looked terrified.”

Maroon, painfully aware that the day is no longer his, sighs himself, and putting his paper down, rises to answer the door.
It is his neighbour’s manservant, ‘Buttons’.

Deep and crisp and eeeeeven…

It’s Sunday morning and we find Maroon in his favourite seat beside the stove in the kitchen. Still dressed in his childish tartan pyjamas, he’s on his second kir and has decided to ‘slob out’ this fine Perthshire day. In his little number-crammed brain, he has mapped out a day of wasteful pleasures for himself. The very thought gives him anticipatory butterflies of self-gratification. In celebration, he takes another sip.

Out on the periphery of his senses, way out on the lower boundary, past his self absorption, by the broken fence, where the ground never drains properly, there is a sigh and a metallic ‘clank’.

He continues reading his Sunday paper all about a couple who sold their modest home in Holland Park and bought the Romanian State Railways with the proceeds.
Sigh, CLANK.
There it is again. A fingernail being dragged across the blackboard of his dreams.
He puts down his Observer to focus on the source of this outrageous disturbance.

Not three feet away, his daughter Sarah is polishing the stove with much sighing and clanking. She is wearing an old apron and her arms are streaked with soot to the elbows. With care, she has applied some to her nose and cheeks as well. The effect is pleasing to the eye.
Maroon wonders where she got the soot.

“I thought you were going into town with your mother…” he begins.
“Stepmother..” she interrupts.
“Stepmother and sisters…” he continues.
“Stepsisters…” she corrects.
“Stepsisters then, to get something nice-to-wear-for-the-Christmas-do-up-at-the-big-house.” he finishes in a rush.
Sarah sighs.
“Oh I’d love to, but there is so much cleaning and mending and drudging and scrimping to be done…”
“Scrimping? Are we still on that? I thought scrimping was last month.”
“You don’t understand,” sighs Sarah and with another sigh continues, “nobody does.”

Before Maroon can answer, the kitchen door is flung wide to admit his two beautiful stepdaughters Footsie and Kimski. I say beautiful, for their beauty is there for all to see. An inner beauty. An unkind misanthrope may remark on the robust strength of their wrists, or their breadth of shoulder but clean country air and lots of hockey will do that to two hearty girls.

Far, far away, in the cold land of the English, a semi retired fairy godmother is dusting her welsh dresser with her magic wand with the star on the end in preparation to putting her feet up. She too is having a kir.

“Alakazoo and fizzy fizzou and hippity hoppity bop…” she sings as she works.

Her True Love stomps into the room

“You’ll never believe it!” says he in consternation.
“Whatever is the matter?” asks Pat (for it is she).
“My prize pumpkins!” he exclaims, “Three of them. Stolen out the greenhouse right under our noses while we slept abed.”
“Oh my. Oh dear.” says Pat, her singing now on hold.

“Pat you didn’t! You promised! Anyway, I thought you‘d retired.” He says.
“I’m locum this year,” says Pat, deciding to come clean, “and nobody has pumpkins these days. I had to raid an animal testing lab for the white mice, goodness knows, I hope they’re not infectious…”

My natural joi de vivre is alive and kicking.
I’ve just the tiniest, hardly worth mentioning, head cold.
It’s definitely NOT flu.
How?
I’ll just tell you.
Because cabin air is totally crap, that‘s how, no matter what the brochures tell you.
Cabin air’s been through seven people and four compressor stages by the time YOU breath it in.

“Oh but our air-con systems are second to none. The filters are small enough to catch microbes and radio isotopes and everything…”

When were they last changed?
That’s all I’m asking.
These marvels of air purity, who looked at them last?
Yeah, I thought so.

There’s a picture of Pat on a boat that will bring cheer to anyone who dosen't have flu, like what I haven't got.

It's over at her bit,( http://patspastimperfect.blogspot.com/ ). Very reviving. It‘s so rare to see such quality.

The workmanship on that mahogany taffrail, sublime! And the deck planking, Magnifique!

Quinquireme of Nineveh from distant Ophir,
Rowing home to haven in sunny Palestine,
With a cargo of ivory,
And apes and peacocks,
Sandalwood, cedarwood, and sweet white wine. 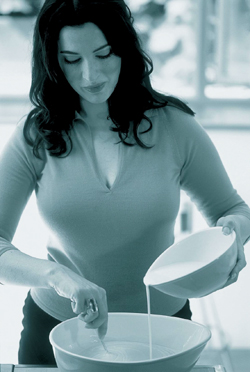 Apparently she can cook as well.


Mr Gorilla Bananas put his unopposable thumb right on it.
Do you remember Mark Thatcher and his chums were going to invade some country, set themselves up as rulers, then sell the oil - only they were caught on the plane and lucky not to be shot? Exact same with Bonny Prince Charlie, although there were no planes, obviously. The notion of stable flight through an invisible fluid would have been witchcraft to the Jacobites.
Imagine: highlanders strafing Cumberland’s ranks from tartan spitfires, why, the very idea is criminally insane!
Did you know that the British Aeronautical Society say we better get an Englishman on Mars quick, because they believe we will all be wiped out by a gigantic meteor?
They don’t tell you that over the loudspeakers in Wickes.
Don’t buy that kitchen unit, for you will all be as dust before the warranty’s up. 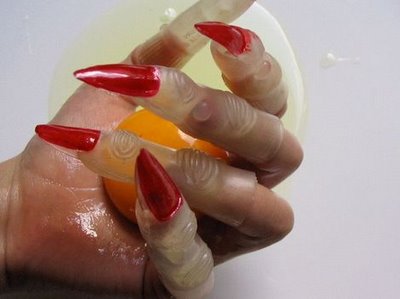