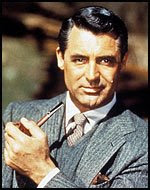 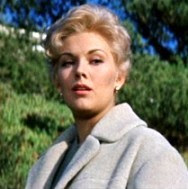 AHK: Clarissa, darling! What can I get you?
CLdeM P: A taxi?
AHK: I tried to warn you. Brandy, that’s good for shock.
CLdeM P: I thought you were being modest. Jesus! Make it a Bushmills and coke.
AHK : Shall I supersize that?
CLdeM P : What do you think?
AHK : It’s just shock, it will wear off.
CLdeMP : I fucking hope not. Oh God, those emails!
AHK : You said they were erotic
CLdeM P : Yes, but at the time, I imagined they were sent by…
AHK : Who? Cary fucking Grant?
CLdeM P : Well, not Norman fucking Wisdom.
AHK : Cheers.
CLdeM P : Sante.
AHK : Another?
CLdeM P : Keep them coming and what the hell is that?
AHK : What is what?
CLdeM P : I take it you have nothing in your pocket?
AHK : I’m sorry, it has a mind of its own just now.
CLdeM P : Well can’t you drape a coat over your lap: it’s distracting?
AHK : It has been a problem; there isn’t a stone wall left unmolested in Scotland.
CLdeM P : You’d stand a better chance with a stone wall.
AHK : I’ve got gravel rash for Christ’s sake.
CLdeMP : Are you quite sure your parents weren’t related?
AHK : God, I need another too.
CLdeM P : In that case, get to the bar!
AHK : I can’t stand up now. It happened when you walked in.
CLdeM P : Carry your coat in front of you.
AHK :.Carry my coat? I could fucking hang it on it.
CLdeM P : Jesus, call him over then.
AHK : I could hang an anvil off it.
CLdeM P : Yeah, yeah, just call him over.
AHK : So you’ll stay for another?
CLDdeM P : God! Why not?

That pic of you is arresting, doc; it was worth getting you to remove the pillowcase. But who's the other one, the bloke with the pipe?

Scarlet my darling, page 94, talking of which your glass is empty. Here, let me fill you up, Moscow Mule with Cointreau; unless I am much mistaken?
Unlike most, I never kiss and tell. (too pissed)
Ax


Inky me old mate! It's my older brother, York. He never made it. He turned out a wrong 'un, God rest him. Stockbroker. Choked one night on a bottle of Cristal. Just before black Monday it was.

Sorry to learn of your bereavement. And what an absurd way to die. I mean, if he'd choked while giving a bj to a French sailor, one could understand.

If in consequence you've been feeling a bit short of financial advice, do pop over. There's a young chap called Musgrove with exciting ideas about helium extraction in Doncaster.

He always loved the French Inkspot my old darling. It was an Auld Allience thing with him. He was terribble [sic] Scotch. Didn't save him. Nor the DTI when I thibnk about it. Bastards. helium is a noble gas,I'm almost sure of that.

Savannah, how so? He choked on a cherry or something in a champagne cocktail.

Have you ever thought how you will feel, Dr, if Mrs Pouncer turns out to be a bloke?

Amusant, Mr Gorilla Bananas. Tres. But Dr Maroon knows exactly what I am now. And I had a lovely time.

I can see I'm never going to get that lunch now, am I?

Okaaaaay... she could at least have put you to some use, like turn you on your front and plough a field with you.

If you suspect a case, make immediately for your local garden centre. They have strong chemicals there. You won't lichen it, your rocks might feel they're being eroded by processes as old as time itself, but, well, you shouldn't have been such a filthy wall-fiddler then, should you.

Scarlet, of course I do. Ask Ayres if you don't believe me.

Kim, we may have to put it back.

Conan, have you been talking to Ayres? My nose has nothing to do with this.

The good thing about Scotland is one is never far from a dry stane dyke Sam.