Three Deborah Kerrs in Colonel Blimp and three here at

I know which is my favourite. 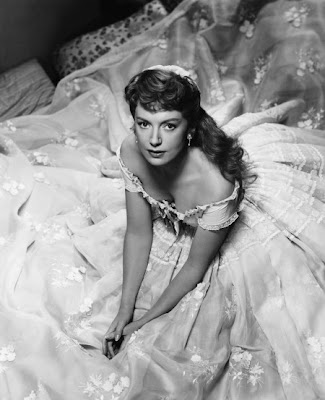 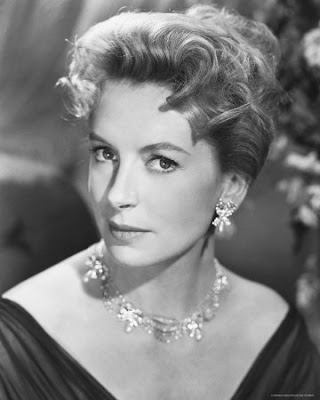 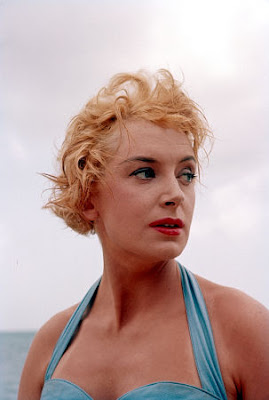 I always used to think of Deborah Kerr as old and therefore hideous. Now I see how wrong I was, the young can be awfully harsh. It makes me shudder to think what my seventeen year old students think of me.

Eryl, surely they love you.
Probably.
Maybe not.
Sod them.
They should be out clubbing anyway, not worrying about English, they'll have time for that later.

Look at those eyes [they're higher up], how they flash even in still photos. And those bones. And she could act.

Eryl, what are you saying? Speak up, you young folk mumble so.

I think 'Hatter's Castle' was the first thing I saw her in. I ought to google to make sure but sloth takes over of a Sunday afternoon. Great gal!
Eryl how could you? You'll be having a go at Vivien next.

Inkspot, did you call me young? I think I love you.

Pat, I know, I know, I think it was something to do with my mother. But not Vivien, I always thought she was gorgeous.

Doc, that's exactly what I've tried to tell them, but they're all desperate to pass their exams, earn money, and take on responsibilities. Perhaps mass unemployment and a return to traditional values like having to skin their own dinner will sort them out.

The season finale of the NHRA's Powerade High pressure blower Series began with Pedregon holding a 12-point Industrial fan edge over Wilkerson and a 39-point Industrial blower lead over Hight.A near capacity crowd -- perhaps Commercial blower sensing that the title could be decided early -- had maneuvered ugg boots around shuttered freeways and other roads closed by the Wholesale Jewelry Southern California brush fires pressure blower and arrived on time for the pressure blowers opening round.It began with Pedregon advancing fans to the semifinals by knocking out Jerry Toliver.Then Wilkerson lost blowers to 14-time champion John Force.