The androgynous but perfectly formed MUFF DIVER is leaving soon to carry out important work among the poor and ignorant for Medicines sans Frontier. How they undertake complicated medical procedures dressed like something from Macy’s Easter Parade is beyond me! The point is, Muffy’s departure date is the 9th (a school night) which means I propose that we all get drunk this afternoon and make a suitably emotional remark. In vino veritas and all that.

Because I’ve some residual booze in my blood stream, I will start.

Ting-a-ling!
“Muffy, from all of us I want you to take this top notch presentation box of shortbread, bottle of whisky, and artistic floral bouquet…you’re my…you’re my best fucking mate (FMC excepted) you are…sniff…takes out an onion…we’ll miss you something rotten…” 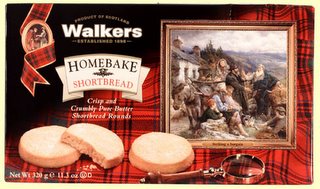 Now it’s time for Weekend Roundup, with this weeks guest presenter, Dr Carey the beardy Archbishop of Canterbury.
Gorilla Bananas is right! As keepers of the torch of knowledge, we bloggers have a duty…blah…blah
The Safety Inspector replied to a site commenter called “transience” thusly;
“Transience: Because they are all still nominally functional! Would you throw your Gramma in the incinerator before SHE died? (my apologies if your grandmother was killed in the holocaust) “
El Barbudo in a seemingly everlasting angst-ridden episode of site analysis is in clear and present danger of disappearing up his own ringpiece.
Andraste put razor blades and laxatives in her trick or treat candy. There’s always one isn’t there?
LindyK lost her pencil (a quiet week in Lake Woebegone)
Jokemail : 13. (of 30) “A common and enjoyable sexual practice for a man is to take his half-erect penis and slap it repeatedly on a woman's butt”
HA HA HA : “In a steel cage, two silent crouching clowns watched him with glittering, unblinking eyes.”
Doctor Evil did not go fishing this week but gave us ASSHATTERY, which he stole from Hungbunny, but possession IS nine tenths and all that.
Vaporise Barney must be punished for changing his name. His link will be altered to BARNEY THE BASTARD for seven days. I wonder if he will ever click “Edit-me” on his own site?
And Finally, Kim Ayres. Web designer? My hairy arse ! Lookit that award thing over there on the right, he is KAPUT!

We must keep MUFF in our thoughts.