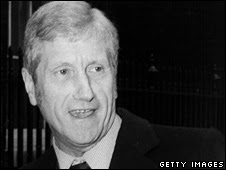 You may be interested to know that among the many things thrown in my face recently, perhaps the most and yet least discouraging is my economic past.

If you have ever owned a BMW or drunk Guinness in an English pub, you will know what I'm talking about. Nobody but nobody can let it lie, they MUST comment.

"BMW. Not all they're cracked up to be. My brother-in-law had one, secondhand right enough, not a new one like this, but he said they were shite. He's a mechanic."

Then I will move on to the West Midlands, East Midlands, Northumbria, Central Belt, Cumbria, Derbyshire, West Country, in fact, all the bits he shat on.

I'll be a millionaire in no time. It's an ill wind.

what ever are you talking about, sugar? xoxo

Happy New Year, Mroon! Joy and jelly be yours this year, by God, be yours!

There's no such thing as society, only a collection of individuals jealous of those with palates sophisticated enough to drink Guinness.

Monetarism. Works on the principle of using unemployment, debt and misery to control inflation.

I wouldn't waste my piss on his grave, but I'd pour a pint of that vile, nasty Guinness stuff on it

My Dad had a BMW, but my Ford Capri was still better round corners at high speed.

See Kim? You HAD to mention the BMW. Quid pro ipso facto e plurebus unum.
It's ALL hocus pocus, economics that is. I didn't go to the London School of Home Economics for nothing. (I can make a nice piece of brisket last the week.}

In Scotland Eryl, the barmen make little shamrock shapes in the head with the tap. How gay is that?

Pat yes you do. Go right to the top of the class. He had a weird voice too. Never trust an economist with a weird voice. In fact...

Savannah, you are right! I don't know why. I think she is back up now, or not. I was talking about an economics guru whose baseless theories damaged a generation this side of the pond. Ask Kim if you don't believe me.

Sam darling! Happy Noo Years! Lots of jello and joy to you. Well, by God we need some don't we? Jello I mean.

The only thing to pour on his grave would be a bottle of Milton.

I'm rubbish at economics.
Apologies for my brief privatisation, I was wondering what it would be like to be proper posh... it was lonely.
Sx

i've had Guinness in an English pub.. i prefer stella artois, even if this guy from Liverpool told me it was "cheap". lagers over stouts any day.. but that's probably my "yank" upbringing, with the beer that's like water. if i wanted a full on meal, i'd eat one.

economics is best left to people who bother balancing their checkbooks.. i don't, not because i don't have to. but because i'm lazy.

Sarah is spot on. Thank god for transatlantic insight. Balancing chequebooks is the bank's job. Of course, if you have two and a piece of stick, then they'll balance each other quite nicely.

Inkspot and Sarah: you trust the banks to balance your cheque books?
Blimey!

It does seem awfully cheery Doc.

PI: i didn't say i trusted them, you underestimate my laziness.

Maroon: "you have mail."

Economics is Popery. Your hocus-pocus comment is all the proof I need, Maroon.

The K Man, my legal advisor, also studied at the LSE. Not law, I hasten to add.

I play a Yamaha Alto, YAZ 52, Dr Maroon. I'm on Vandoren Jazz reeds - no.3. You'd best start on something weaker though.... you have to learn Dr.

Oh, sorry, I'm replying to your question on an earlier post.
Sx

what happened to syrup sex?

I used to think that everybody who went to the LSE ended up a revolutionary - rather like Cambridge and spies. Am I wrong?

Pat, one would think that those privileged enough to attend such tirribly, tirribly elite institutions as Trinity and the LSE would be fiscally independent by the time they were 45 wouldn’t you? I mean the very idea that on the other hand one might stagger out of them into the real world at 261/2, desperately trying to remember one’s own name, having a half-assed mental breakdown at 27, then quickly marrying an unsatisfactory wife, and then being honey-trapped by a Mossad agent at 49 when one was on one’s uppers would be enough for any over-matched man, but apparently not.
Spies? I should live so long.

SavannahWhat happened to Syrup Sex? I’ll just tell you. I put the lid back on the tin when I wasn’t thinking , but guess what, I’ve got a new spoon, and I shall have my syrup, yes Sir, every day if I am spared.

Scarlet I knew it would be jazz number threes, I knew it in my marrow. And you are posh. Anyone says different gets a punch up the hooter.
Ax

Boyo! It is Popery. You are right! Ask three economists for a forecast, you get four answers. Badoom tish. Btw that bridge you shoed me, yeah that one…stay off it on the 25th , just sayin’ that’s all. Even that most tedious of heroes Welshmanman cannot save you.

. Sarah, Inkspot, Pat Never trust a bank. They are run by the global anti-Semitic conspiracy.

Eryl Cheery is as cheery does.

Conan My bile is spent. (just like me money) Oish.