Europe’s ghastly history, usually at the hands of the Germanics, always throws up some tremendous grudge games and venues.

So far we’ve played games in Nuremberg and the Olympic Stadium in Berlin.
Nuremberg, onetime Mecca for swastika flag manufacturers, and Berlin, where the English team gave the Nazi salute* before their game in 1938, and where Herr Hitler walked out in 1936 having seen his Master Race theories rolled up and shoved down his throat by the exploits of American athletes, not least the great Jesse Owens below. 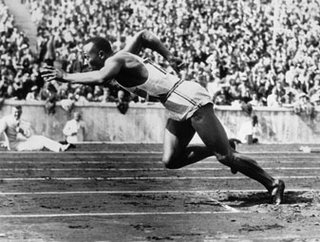 *Sir Stanley Matthews CBE, perhaps the all-time best English player, always bitterly regretted the FA’s decision to force the players to do the old Zeig Heil for the toothbrush moustached maniac, but as he later said in his memoirs;
“…in those days you did what you were told, and we didn’t want to offend them in case they invaded the Sudetenland or something.” 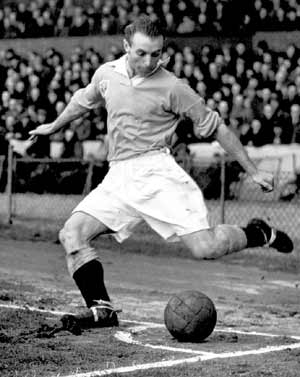 Well it’s all bloodstained water under the bridge too far and in the spirit of Europa, that classical goddess with the one tit showing, plucky Poland once again stands alone, knees knocking, hoping to repel the mighty Deutschland as their World Cup Extravaganza rolls on with the inevitability of a panzer division.

This is blitzkrieg football!


Last night, a desultory Brazil (me no like) did enough to beat Croatia (me no like either) in a prissy ‘we are Brazil’ sort of way.
Well maybe if they concentrated on reducing their foreign debt and tackling poverty and their own rapine police force instead of posing on Copacabana and playing soccer, the world would have more time for them. Just a thought.

Tunisia V Saudi Arabia. Jesus! Miss in the penalty shoot-out and say cheerio to your foot.

First though it’s España versus Ukraine.

Who will I support? Let’s see. It’s where all Scots go on holiday at least once a year against a shady republic who have recently fought an “orange revolution”?