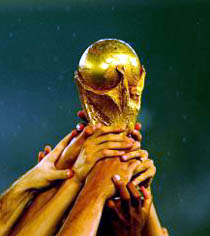 FMC has kindly listed all the first round games for us. There seems to be tons of them. The Cup must be bigger this time.

I’m posting it in chunks, updated in red as we go.

Best game so far was T&T versus Sweden last night. What a crackerjack old fashioned end to ender.
Obviously I was hoarse shouting on Trinidad and Tobago. Come on me bredren! They were heroic. Especially when reduced to ten. 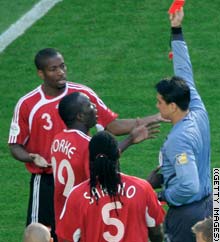 Big Shaka was brilliant as was wee Yorkie.
Did anyone see that old tumshie Henrik Larsson get booked for cynically scything down one of the Johns?
He should have been sent back to Sweden in disgrace.
The game can do without that, thank you very much, Mr Dirty Player of the Year!
Keep your hacking Swedish feet to yourself!

Argentina won also and the English. You can’t have everything.

D’ya know what the commentators said after the Trinidad game?

“A fantastic result for England”

They are so partial I could spew. 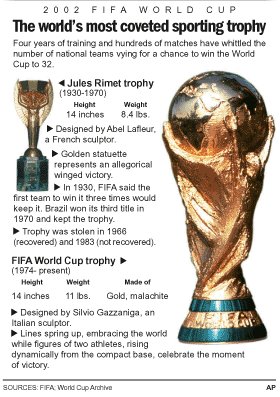