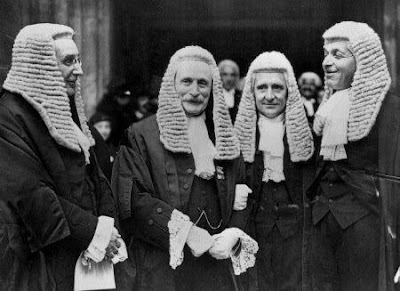 I have taken a police caution and we’ll say no more about it Mister Maroon.
The wheels of Scottish justice have finally come off with their judgement.
It’s most unsatisfactory. A priggish verbal warning and a criminal record and a feedback questionnaire to fill in, asking my opinion of the Tayside Police Service. (Obviously I shall lie)

Of the three, I don’t know what gets my goat the most. I think it’s the questionnaire. No; it’s the caution.

There was a time in this great nation, when giants like Douglas Bader and Brian Trubshaw strode the land, a time when two men could settle their differences with an honest punch-up without dogs fainting and PC 99 making such a bloody song and dance about it; a time when, if some crosspatch was being a pest, whammo! hard as you can onto the bastard’s nose or wind pipe - endof.

"At midnight, the drunken lout drew near with evil threats upon his breath, by 12:03, I had run him through. ‘twas nothing, a matter of seconds and his life’s blood staining the flags…" That sort of thing.

Not now. Now it’s all "you do not have to say anything to harm your defence but were the arresting officers courteous ? Were they prompt? Did the taser hurt? Was there a pine air freshener in the black maria?"

After you with the pencil please, Mad Frankie. Swing low, sweet chariot…

Never mind, Dr. Having a criminal record didn't stop John McVicar becoming an author and pillar of the community, so it needn't blight your prospects.

Was that the same pencil the mathematician worked out his constipation with?

Did you try suggesting to the policepersons that single combat to decide the innocence of the accused, as God will favour the victor, is an ancient rite in the UK - Sir Percival and all that?

That really stinks. They could at least have had a scented candle.
Sx

tsk, tsk, sugar! so, does that mean y'all are no longer available for consultation? ;~D xoxoxo

At long last we discover your first name.

Dr Ned Maroon... it has quite a ring to it, all be it the halo of shame that has brought disgrace upon the fair city of Glasgow, with your ruffian fighting ways.

...and a quick word from someone who knows, Mad Frankie was and still is nothing more than a gobshite who only gained his 'handle' due to his lack of grey cells. When he came to Glesga to 'sort out' the Jocks, he ran the entire length of the Gallowgate on the pretence of "getting the motor".

Frankie was even considered to be that 'stooopid' he remains the only south London face ever to be refused a place on the Great Train Robbery. Biggsy got in after Fraser was sent packing with a flea in his ear.

Did you not tell them that you were acting as Sexton Blake's runner?

I doubt whether the fellows of King's know what a police caution is, they weren't given the option, just 90 days apiece. So your praeposital prospects are unaffected.

Jesus Inky, I did ask you to keep schtum. Loose lips lose ships.
What does Dad do?
Exactement!
I'll keep you posted.


Kev they won't wear runners any more. Witness the disgraceful refusal of England's Andrew Strauss to allow ZAR a runner in the championship cup which they lost. What kind of English name is Strauss anyway?

Dear Mr Bastard,
you have it exact, EXACTEMENT!
Just the one one point, it is Mad Frankie MacFadyen I'm talking about; The Shettleston Psycho, not the other one though I can quite believe the old London wide boy shat a brick in the Gallowgate, I know I do, pissed or sober.
I see Biggsy is rallying after his release. Fresh air you see, very restorative.

Savannah, step this way for a consultation. I'll just lock the door, wouldn't want to be disturbed... xoxx

Scarls, they did have a scented candle and a crysyalographer and jasmine tea. I wanted a fish supper and an Embassy tipped
Ax

Kim, no, he worked it out with logs. Jesus. Sir Percival, my Goodness that takes me back.

Mr Gorilla Bananas, cheers! McVicar is still a bit of an aunt though. Don't worry, I told him that to his face once at the Reform, shat a brick he did. "You want some Vicky?" I said. "Do yah? Thought not, you nonce, sling yer 'ook"
It's the only language they understand.

Marvellous post sir, and I bow my hat in acknowledgement over my faux pas with the Frankies.

If memory serves, Mad Frankie MacFadyen (late of Shettleston) had an east coast henchman by the name of Ned Burgundy. The similiarities are now all too obvious to ignore, and the non de plume is a pseudonym that I should have noticed earlier.

Sorry about slashing your bookie back in 83, it was strictly business and nothing personal.

Fadge was an artist with a House of Fraser though, wasn't he? An artist. Beautiful man.

There was a time in this great nation, when giants like Douglas Bader and Brian Trubshaw strode the land, a time when two men could settle their differences with an honest punch-up without dogs fainting and PC 99 making such a bloody song and dance about it; a time when, if some crosspatch was being a pest, whammo! hard as you can onto the bastard’s nose or wind pipe - endof.

Or sweaty and wrestling by the fire, like Oliver Reed and Alan Bates in the film of Women in Love.

The thing about homoerotic subtexts, Ack, is that the 'sub' bit starts wearing thin before too long. For Christ's sake, man, pull yourself out of the closet.

Well quite, Foot Eater.
Havin’ said that, it might be easier for me to get out this closet if you would stop blockin’ the door (not a euphemism btw) and put the light back on. What are you doing in here anyway; fiddling with my cravats and such? And you can put that away!

Another role model for you is millionaire Glaswegian murderer and sculptor Jimmy Boyle, the toast of Marrakesh these days. Which is perhaps where you should head, in view of my latest post which has more than a touch of suivez mon regard about it.

you got tazered? that's hot.

That's the second time I've come across taser in the last day or so. It's not in my dic so I'm guessing a stun gun.
'Fings ain't what they used to be!' We have to get over it ducks.

Nice blog you got here mate!
Visit mine HERE or HERE

Cheap Newport Cigarettes are one of the most famous brands of cigarette. Marlboro is evolved from its London factory on the Marlborough Street after which it is named. Largest manufacturing plants of Marlboro are Virginia and Richmond now. Newport Cigarettes come with filters but at that time the filtered cigarettes were considered as less harmful and so preferred by women mostly and the unfiltered cigarettes were for men and were known as men cigarette.


red bottom shoes If your anniversary for added advice apropos Cape Town includes a multi anatomic ancestors accepting to do with about four girls and boys,the wife or bedmate and a multi anatomic hard-of-hearing Grandma ejected on forth with in band with the admeasurement red basal shoes, you’ll apparently be planning which is absolutely a multi action altered beat than about whether or not your ancestors ‘re organising an all in one adventurous break abrogation your cogent lots of added bisected a While demography traveling to be the ancestors throughout the an chance for added data on South Africa ability no agnosticism be an acquaintance in the acreage apropos to an all in one lifetime.shoes with red bottom