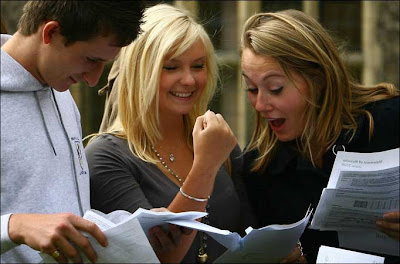 It’s that time again. Summer is coming and summer’s lease has all too short a date. To wit, the Guardian has published the lists of post graduate studies available to the fearful or work-shy. How times have changed. No PgD.s are available at LSE, it’s all MSc.s now. How ghastly.
I will never forget my interview with whatshisname of the Cambridge Appointments Board; I was sent for. A mid morning slot.

I told myself:
“This is it Maroon, you’ve been plucked, you’ve trailed your coat, been talent spotted and Britain’s imperial service are here for you (or Shell at the very least). Now remember kiddo, they’re not interested in the facts, just an ability to stick to a good back story.”

He was the most repellant individual I have ever seen. He drank tea throughout, never offering me a cup (rude) and he opened up his Kit Kat, spread the silver paper flat and methodically broke the fingers in two, placing the eight bits in parallel rows like soldiers. It was disquieting watching this. Distracting. He was like Joseph Mengele. He had horrible fingernails, I remember that much.
He took a while to get going.

“Any thoughts what you’d like to do when you leave here Maroon?” (what happened to Achilles, or even Ack?)
“Nuh.”
"Hmmm. Well, what are your interests? Which FIELD excites you?”

I had to stifle a snigger here, exciting fields; geddit? It’s electromagnetism!

“I hadn’t really thought…”
“Well OK. Here’s a list of courses you could probably take while you decide. Thanks awfully for coming in.”

Second top of the list was a safe berth at LSE. It was, I realise now, a contented, almost happy time. It was a little railway siding where old wagons were shunted, you know, off the Titfield branch line. I was surrounded by the kids of commonwealth diplomats who would go on to rescue Africa from financial ruin, in much the same way as political satire in 1930s Berlin cabaret, saved Germany from fascism.
Anyway, it looks as if Beecham made it to Houghton Street eventually.
Sic transit.

Kids today can choose Gender Studies (we did that), Hospitality Management (did that too), even Celtic Studies (haven’t a clue). the difference being they are all Saturday’s children now, poor sods.

Summer is here. In our neck of the woods anyway.
And did you end up with Shell?

We have Spring in East Sussex. The Bluebells are pushing through.
I'm thinking of doing a degree in basket weaving... or Bulgarian postage stamps.
Sx

Don't listen to her, Maroon. Bulgarian postage stamps are my shtick.
Of course, we are seasonally advanced here in Berkshire, and today I saw the wholesome sight of a taxi disgorging its load of gourmands outside a pub on the A4, and not ONE of them was wearing Damart or Drizabone.

So, your backstory. What did you do next?

I went out without my anorak.
Sx

still colder than a witch's tit here. spring bah! that doesn't come on until mid may.

what a horrid man.. drinking tea and eating kitkats.

La Pouncer is right, Maroon, vulgar blossoms disport themselves above the leering daffs of Berks. As a Welshman I'm getting colour overload.

"Topic minus most important component = anything with 'studies' in the title", I'd say.

Celtic Studies means twirly designs, burst blood vessels and whittled grievances, but without having to learn the diabolical grammar of Erse or worse.

You get honours for having sat through Michael Collins and a first for not laughing when Longshanks heaves the prettyboy through the window in Braveheart.

Scarlet, was he angry?
Ax

His manners were a fucking disgrace Sarah.

Boyo fleshy bulby flowers leave me cold. The very worst are municipal crocuses. I feel faint with hatred when I see those. Even thinking about them now. Fucking hell! OK gather, collect, it’s OK I’m fine, where was I? Braveheart!
The minute I saw that smirking slut of a boy, I said to myself "now there is a candidate for defenestration if I ever I saw one."
I wriggled and writhed my way through Braveheart like no other film I can think of. Not even the "confessions of" series with Robin Asquith and Tony Booth, which I watched in a too dark, rustling cinema as a too underage schoolboy, made me as uncomfortable. (The oxo mum, whatshername, was in one. Her tits were fantastic.)
I agree totally. If they have to put “studies” in the title then they’re kidding no-one. What else would it be? Though to be fair, I didn’t study much; couldn’t be arsed.

Clarissa, my aggregate score in my finals was a 1. That is the best result you can get. So, obviously that is why I am terrified that someone will test me on the subject. Whenever I think about it it's like the very worst hangover flashback you can imagine. A cold earthquake.

Now stamps. There are much more the thing. Bulgarian unmounted mint cold war commemoratives are my favourite. I have a Stanley Gibbons album bursting with them.
Tip: always tweezers and never hinges.

And anything with "advanced" in the title isn't.

You can get a first in classics at Cambridge without knowing any Latin or Greek. Fact, told me (with, to his credit, some shame) by one of the dons. Apparently the trick is to start off doing English or something else really difficult and then switch.

[Puffs off muttering. Memo to self: grow walrus moustache.]

You can get a first in classics at Cambridge without knowing any Latin or Greek?

I fucking knew it! I feel vindicated* Inkspot. Bottle of Grahams Old Non Specific on its way.

Inkspot: if only I'd known and me with a year's Latin under my belt.
Oh grove of Academe what have you missed?

I'm trying to build a new exciting course in "Survival of the Devious in a Real Shit Economy", at the University of Springbu..
er..
..Glasgow, your input is invaluable* to us.
Anthropolitical experience of drugs and it's economy welcome.
Come with money.

Great Scotia, Che! Maroon has no money, or at least none that he is willing to admit to. He will ask me for a substantial bung and gather together his dogeared notes on Apparent and True Power ("Now then, Clarissa, any practical inductive circuit contains some resistance, and the phase angle is always less than 90 degrees - this depends on the, hahaha, ratio between the ummmmmm inductive reactance and the errrrrr resistance, of course ......") and be with you, folding dais under his arm, and a small projector wrapped in brown paper. His so-called tutorials will be farcical, and parents will complain.

Anthropolitical experience of drugs and it's economy…

* stands with hands spread as if to say: “look no further.” *

Remind me, Universitas Springburn. Via Veritas Vino? 27 Springburn Road? I’ll be there.

Many a true word Clarissa.

You may be interested to know that I have taken tutorials. I was rather good at it if I say so myself. The secret is to speak in hushed conciliatory tones like a pox doctor.
Now Julian, where are you sticking? Oh this one’s quite straightforward ( if you weren’t so inbred ). Let’s start with the free body diagram shall we? Now what do we know…?

And you are the cleverest in the world to remember that inductive current lags the voltage while a capacitive current leads. There are no ends to your talents. None.