When logic and proportion
Have fallen sloppy dead,

The author of the above words is one Grace Slick a rock singer and artist.
She turned 66 years old on Sunday past. Grace was held back by the lack of competent plastic surgery (see picture). She just had to write her songs and sing them with a rock band. She had only her talent to rely on. What a fucking nightmare! 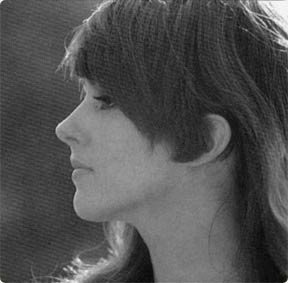 God she was ugly !

I tug my beard at you

I wasn’t going to tell you this but yesterday in a loose moment over tea in the canteen I said “ I tug my beard at you”. I don’t have a beard and I compounded it by thinking

“did I say that out loud?” so that all who were involved in the initial conversation including me were thrown immediately into a puzzled silence. I normally get away with this kind of behaviour because I’m a doctor and quite senior and smarter than the average bear but you can see it’s wearing thin. I also laugh sometimes now when I'm working on the computer and therefore people know I’m not writing memos or caveats to service contracts. It’s like at home. If we’re in I don’t normally watch TV so if I’m not buggering about with beasts I’ll read a book or have a drink and keep out the way or someone will come in about something or whatever. But in this shitey weather noone’s moving so last night I was chuckling away to myself on the old web log and a woman can’t leave you at peace. If she can see what you’re up to and it’s ok with her then fair enough she’ll see to her own affairs but if you look like you might be enjoying yourself on your own well that’s a different story. The upshot is that the phone went and who was it but Mater. How are things Ack? Isn’t this weather awful? Heard any more about Namibia? You must give me your flight numbers Gillian’s mother was asking for you Your Father’s worried you might be stressed out (stressed out? my mother could out-snob Raine Spencer**) What’s up? Alison (Mrs Maroon) thought I should phone you’re on the computer so much Everything ok? Yes thank you splendid.

**Nothing but a McCorquodale before she jumped the broom with old Pop Spencer.
Posted by Dr Maroon at 12:14 am