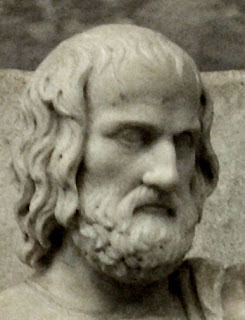 Euripides?
No, they justa fall aparta.

Being tagged is sweet and sour. On the one hand, you’re invited to the wedding, thanks Eryl http://thekitchenbitchponders.blogspot.com/,
on the other, it suggests you’re not grand enough to refuse. The blogging greats, the heads of our order, never reply to memes. Stuck up ratfinks. That’s right Hutton, it’s you I’m talking about.

Rule 1. Poetry. Don’t try it. I am a poet in the Classical tradition and have often tried to elevate the dismal lives of my blogging friends via that medium. They hate it. It’s not worth it; they can set you back years; so fuck them.

Rule 2. Swearing I wish you’d been here two years ago when we all swore like Mexicans. We went straight for the ‘C’ word. It was very liberating at the time. Everything and everybody was a ‘C’. It’s tailed off, now we know that Matron isn’t going to come bursting through the door and send us all back to bed. The very best of people swear like thunder sometimes.

Rule 3. Rants. Ranting is only valid when the target is valid. For example; mentally shouting at ditzy young women with too many children in SUVs parking in supermarket carparks. That’s right dearie, OPPOSITE LOCK when reversing. Yes petal, there IS a reverse gear. REVERSE. NO NO NO you’re doing it all wrong. Don’t look at me like that, it’s your fault for having all that sex in first place. Did you actually pass a driving test? OK poppet, you’ve parked, you can open your eyes now…

Rule 4. Musings. “musings” is the most common word in the Blogosphere (after “Blogosphere” and “I” and “me”). It implies wisdom. What pearl has our sage thoughtfully abstracted for our delight? Turns out The Sage is “musing” on his latent alcoholism and the hyperbolic curves to be found on intermediate compressor blades. Big fat hairy yawn! Is that a musing or a random thought that fell into your empty head? Keep it tight, people.

Rule 5. Flaming: most bloggers hate flaming. It doesn’t bother me, I like the whole thing about blogging, I don’t want to analyse why, I just like it. I’ve always wanted a resident flamer, it sort of means you’ve arrived. That’s not an invite, it’s got to be spontaneous.

Rule 6. The Harry Hutton Double Bluff Impasse.
Beware.
Personally, I think warm-hearted sarcasm is the utter pinnacle of humour but virtually no one else shares this view. A lot is lost in translation and they can’t see the clever smirk on my face so they take it seriously and fire back their own witty sarcastic comment, but because I can’t see THEIR clever smirk and they are just plain rude and offensive I feel justified in escalating with a sharper wittier retort which they totally take the wrong way the petty bastards…

Rule 7. Mortals only. The BBC and other media groups now run blogs. This is totally counter to the whole idea. To them I say: You’ve already got an infinite outlet for your crap, leave us this bit for ourselves! Go on, piss off! You just don’t get it.